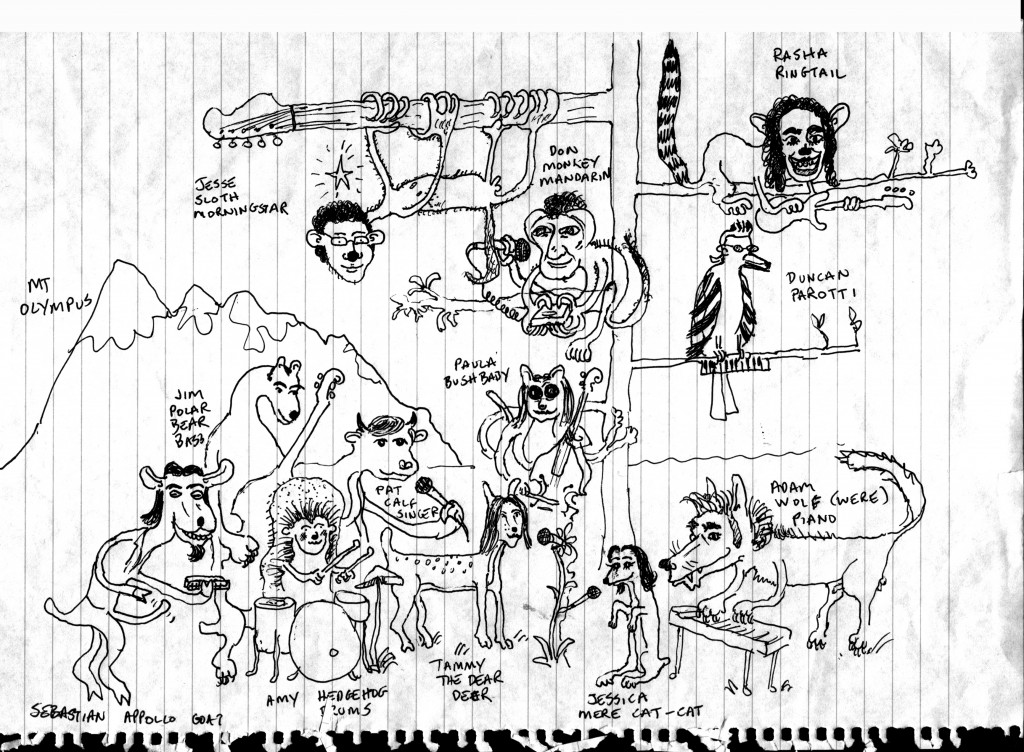 In association with friends of Maria Tzardi from Athens, we organised a short trip to Greece for: Jukes, MorningStar, Patrick Duff, Mooz, Don Mandarin, War Against Sleep, Plug and the Invisible Pair Of Hands.

The three nights we staying in Athens were all together in a bed and breakfast. very nice!

Duncan later edited a short video of the trip

The shows were mostly in The Small Music Theatre in Athens which we played three consecutive nights. Then we got the train to Salonika.

Keepers Of The Fire – Morning Star from Salonika Club Ydrogeios, The Greekness Of The Magnificence on Vimeo.

Fucked – Patrick Duff from The Greekness Of The Magnificence, Salonika Club Ydrogeios on Vimeo.